How Recycling your Metal Can Benefit the Economy 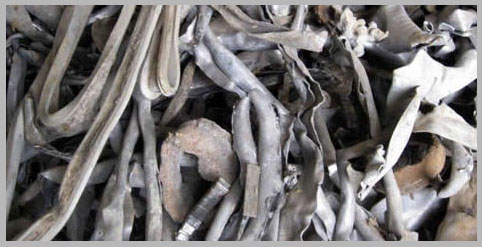 23 Feb How Recycling your Metal Can Benefit the Economy

Posted at 07:19h in Blog, Labour, Report and Research by bpl-nigeria
Share

There are numerous advantages to recycling such as a reduction in greenhouse gases, conserving energy, and reducing the amount of damage that is being done to the environment due to mining and deforestation. However, it isn’t often that we discuss the economic benefits of recycling, for instance, recycling created jobs and lessens the amount of money wasted on finding new fossil fuels such as coal and oils.

It has been found that within the U.S alone the recycling and reuse industry employs 1.1 million people, has a payroll of $37 billion, and $236 billion in gross annual sales. There has also been a study that shows that an additional 1.4 million jobs are supported by the recycling and reuse industry. Looking at these figures tells us that recycling has an enormous impact on society and our economy. If the U.S alone can create that many jobs from recycling it go to show that recycling is worth the time as not only does it create an enormous profit it also benefits the environment.

Recycling metal is vastly cheaper than mining ore and smelting it into useable metals as the mining and smelting have already been done the metal is simply melted down and reshaped. Due to the process being much shorter, less money is used. This money can be spent on other parts of the economy which in an ideal world would lead to a reduction in tax and a higher rate of pay at minimum wage across the nation.

The more materials that we decide to recycle, the more jobs that will be created in accordance with the demands put upon the recycling and reuse industry. If the number of jobs to be created was increased, we would be producing more money which would again allow us to create more jobs. The potential that the recycling industry poses is endless but the process of recycling isn’t easy enough which discourages society from even attempting to recycle.

Another reason why recycling is of benefit to the economy is due to the fact that waste that we just throw away often finds its way to a landfill site. These landfill sites can take up a lot of room, the room which could have been used for more factories or housing estates. If the rubbish isn’t taken to a landfill site it is instead burned to produce energy but keeping the incinerators going also consumed a great deal of energy.

If you’d like to know more about conserving the environment through recycling or how the economy is supported through recycling you can enquire at your local neighborhood watch meeting. For more information on recycling metal and advice on where to sell your scrap get in touch with us at bplnigeria.com