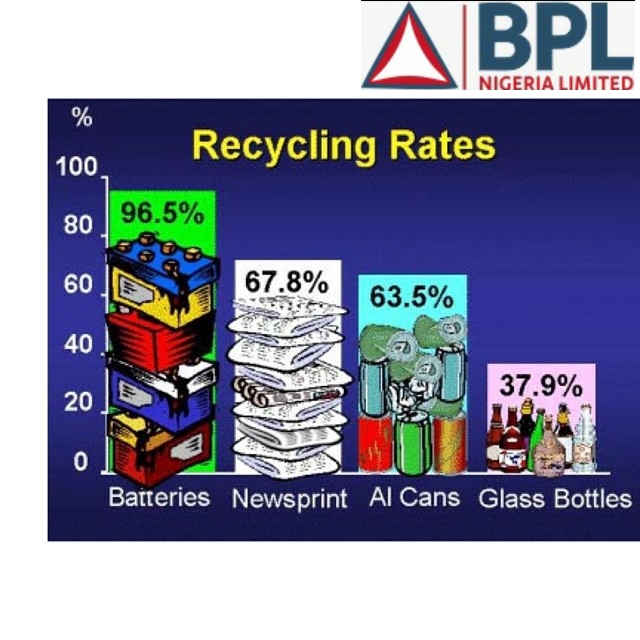 Posted at 10:27h in Blog, News and Updates, Report and Research by bpl-nigeria
Share

Lead-acid battery recycling for the twenty-first century there is a growing need to develop novel processes to recover lead from end-of-life lead-acid batteries, due to the increasing energy costs of pyrometallurgical lead recovery, the resulting CO2 emissions, and the catastrophic health implications of lead exposure from lead-to-air emissions. To address these issues, we are developing an iono-metallurgical process, aiming to displace the pyrometallurgical process that has dominated lead production for millennia. The proposed process involves the dissolution of Pb salts into the deep eutectic solvent (DES) Ethaline 200, a liquid formed when a 1 : 2 molar ratio of choline chloride and ethylene glycol are mixed together. Once dissolved, the Pb can be recovered through electrodeposition and the liquid can then be recycled for further Pb recycling. Firstly, DESs are being used to dissolve the lead compounds (PbCO3, PbO, PbO2, and PbSO4) involved, and their solubilities measured by inductively coupled plasma optical emission spectrometry (ICP-OES). The resulting Pb2+ species are then reduced and electrodeposited as elemental lead at the cathode of an electrochemical cell; cyclic voltammetry and chronoamperometry are being used to determine the electrodeposition behavior and mechanism. The electrodeposited films were characterized by scanning electron microscopy (SEM) and X-ray photoelectron spectroscopy (XPS). We discuss the implications and opportunities of such processes.

Lead and lead-containing compounds have been used for millennia, initially for plumbing and cookware, but now find application across a wide range of industries and technologies. shows the global quantities of lead used across a number of applications including lead-acid batteries (LABs), cable sheathing, rolled and extruded products, ammunition, alloys, pigments, and gasoline additives during the latter part of the twentieth and beginning of the twenty-first centuries. A general trend of decreasing lead use occurred for most applications since the 1980s with the exception of LABs. The consumption of lead through the production of LABs increased from 0.6 Mt of lead in 1960 to 10 Mt in 2012, when it accounted for greater than 85% of lead used. This increase was due to two factors, the increased number of automotive vehicles and so-called ‘deep cycle’ LABs which are popular for standby and emergency power supply, with automotive LABs accounting for 75% and deep cycle LABs 25% of the sector. LABs are popular, particularly in the automotive sector, because the chemistry is mature, robust, and well understood and they can deliver the high, initial burst of power necessary for the starter ignition of internal combustion engines. It is also worth noting that LABs are still present in state-of-the-art hybrid and fully electric vehicles due to their position as ‘the’ energy storage device for the 12 V internal electronics

Would you mind selling us your Used Lead-acid battery?